Community Champion: Inspiring Others to Serve

When passion and infinite possibilities are involved, a year can seem like a single moment. While 11 years of volunteer service may seem like a long time to some, it’s a mere drop in the bucket to Angela Dunn. The 39-year-old Alabamian smiles slowly when recalling the numerous fundraisers, telethons, special events, and general company outings she’s participated in as a supporter of the Boys and Girls Club of South Alabama, and as a Hancock Whitney Community Connection participant.

“A client got me involved, asking me to be a member. And now it’s 11 years later. There’s a lot of pride that comes with that,” said Dunn with a laugh.

As a young candy striper in her teens and a community service participant for her sorority in her early 20s, Dunn was affected by the change she witnessed in her community as a result of active volunteer work. She was eager to explore it further through corporate outreach at the Boys and Girls Club of South Alabama, which she did through her first job at Cooper/T. Smith. When Dunn joined the Hancock Whitney team in 2005, she was pleasantly surprised by the community-centric atmosphere, strongly encouraging her to continue working with the nonprofit.

Today, the Vice President and Middle Market Banker serves as the club’s Vice Chair for Support Services, a committee dedicated to seeking new board members, assisting current members with their volunteer efforts, and stewarding volunteer opportunities and contributions. 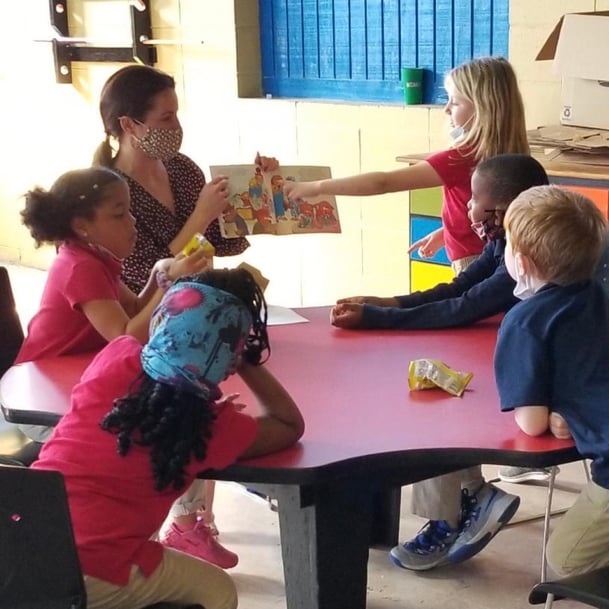 Angela Dunn volunteers her time to make an impact on young people through the Boys and Girls Club of South Alabama.

The club exists to enable all young people, especially those in need, to help them reach their full potential as productive, caring, and responsible citizens. They offer after-school and teen-focused programming, which includes the Torch Club, a chartered, small-group leadership and service clubs for boys and girls ages 11 to 13; SMART Girls; Passport to Manhood; Lyricism 101; Keystone; CareerLaunch, and UPS Road Code, which present information and activities based around fitness, responsibility, literary arts, academic success, career preparation, and road safety, respectively.

Dunn notes that while individual activism is essential, she feels that corporate volunteerism is “a lot more powerful.” “I’ve seen a lot of our team members really get behind what I do as a board member, which makes me happy and proud,” said Dunn.

Every spring, the Boys and Girls Club of South Alabama throws a telethon event at a local TV station. In 2020, Dunn and her fellow board members were wracked with anxiety, wondering how the pandemic would affect their fundraising goals.

“Everything was virtual, and we didn’t know what was going to happen or how people were going to react. Our team of Hancock Whitney volunteers came in with a lot of energy, prepared with lists of people to call on, rather than just letting people call in. Our fundraising goal was $50,000, and we raised $80,000. It was a great day for the club,” marveled Dunn.

Mere weeks ago, Mary Kathryn Avery, Hancock Whitney’s Regional Marketing Manager, sent out an email to the team to request assistance with the club’s reading day. The slots were immediately filled.

“When the event was over, they all let me know that they were glad that they did it. Having a team behind you that you can call on for help — whatever the event is, whether a pancake breakfast or a run — that’s pretty amazing,” said Dunn.

Dunn balances the nature of her nonprofit leadership alongside her work for Hancock Whitney. She began developing her professional savvy at her uncle’s suggestion, who worked as a commercial banker at Hancock Whitney.

“I visited with him one day, and he told me that I should get a degree in accounting if I was serious about pursuing a career in banking,” said Dunn.

She established the industry as her calling after obtaining undergraduate and master’s degrees in accounting at the University of South Alabama and kicking off her business experience as a credit analyst for Hancock Whitney in 2005.

“I became interested in this profession because it was a way that you could help other people, and so I’m thankful I was brought back a few years ago so I could continue that. It does bring me a lot of joy to feel like that I’m helping clients and businesses.”