On October 30th, the Federal Open Market Committee (FOMC), the Fed’s policy-making group, announced a 25 basis point (bp) decline (-0.25%) in the Fed Funds rate, to a new trading range of 1.50-1.75%. This is the second follow-on rate cut since July, with the Fed adopting 25 bp rate cuts at each of its FOMC meetings since July 30. The cumulative 75 bp reduction in the Fed Funds rate brings the effective rate target down to 1.63% from the cycle peak of 2.38% put in place last December. Notably, the Fed Funds rate is now 14 bp below the Fed’s inflation barometer, the core Personal Consumption Expenditure (PCE) deflator, ex food and energy, which had a year-over-year growth rate of 1.77% through August, running under the Fed’s 2.0% target. 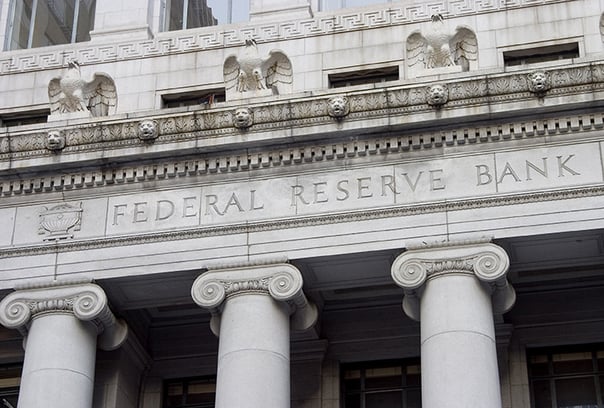 Fed Chairman Powell was initially coy about the prospects for future rate cuts at the previous two post-FOMC press briefings, describing the cuts as a “mid-course correction” and avoiding any and all suggestion that the Fed was embarking on a cyclical and prolonged reversal in monetary policy.  Nevertheless, the short-term fixed income and money markets have discounted a cumulative 1.0% decline in the Funds rate since June. The pattern recently has been that Powell and other Fed Governors would make comments in the weeks leading up to an FOMC meeting which validated market expectations of a coming rate cut. Powell was vague in describing prospective policy today, and after three consecutive cuts the Fed may well pause to assess the impact on the economy. However, we note that the June 2020 Fed Funds futures contract is priced at 1.38%, essentially projecting a 100% probability of that outcome. We have written previously that the Fed’s best monetary policy is one that takes its cues from the interest rate markets, and we expect the Fed will continue to follow the markets’ lead, although the cadence of rate cuts may slow in the months ahead.

The context for the Fed’s rate cuts is that global economic activity has slowed sharply this year, mainly due to uncertainty caused by the U.S. trade disputes with China and the tariffs that result from them. Manufacturing conditions are especially weak in Germany, whose capital goods trade surplus with China has shrunk precipitously as capital investment planning stalled across the developed world. The European Central Bank has reinstituted quantitative easing (QE) policy and dropped its already negative policy rate lower to -0.50%. QE policies in Europe and Japan are again pulling global interest rates lower, much as in 2015-16. The Fed is following global rates lower and is pretty much in sync. The Dollar has wobbled a little lately but remains on the rich side, suggesting the Fed hasn’t overdone the easing. The conundrum for global monetary policymakers is whether marginal cuts to already low short-term borrowing costs are significant enough to stimulate economic activity in the face of stiff global headwinds from slowing trade and supply chain uncertainty.

The immediate challenge for the Fed is that U.S. growth appears to be downshifting further this fall. So far, the slowing U.S. economy has remained fairly resilient with the unemployment rate at the cycle low of 3.5%. Consumer confidence appears to be faltering some from high levels, household spending shows signs of taking a breather, U.S. manufacturing has struggled under the strong Dollar, and lately the heretofore steady growth in payrolls has slowed to what could be called stall speed levels. We estimate that payrolls increasing about 130,000 per month is enough to keep up with population growth, meaning opportunity for younger new entrants to the labor force. As payroll growth slows below that level, the unemployment rate drifts upward. The Labor Department reports on October job growth on Friday and the markets will be paying close attention. September growth in non-farm payrolls was 136,000, including temporary census hiring. Private non-farm payroll growth was a mere 114,000. Growth in October below the 130,000 threshold will be seen as an important macroeconomic warning signal.

A resolution in the trade war would be a game changer that could improve the economic outlook and relieve the Fed of the need to cut rates further. A narrow deal appears to be in the works for the sides to agree to, referred to as Phase One in a multi-phase process. Presidents Trump and Xi will meet in Chile in mid-November and the signals from Washington are that they are expected to sign the agreement then. Our current read is that the essential elements of the deal will include the American side cutting or deferring some tariffs in exchange for sizable Chinese purchases of U.S. agricultural products. The important U.S. complaints relating to intellectual property protections, forced technology transfers and other unfair trading practices are relegated to later phases, most likely after the U.S. elections next fall. Our expectation is that President Trump is unlikely to completely eliminate the current tariffs, or promise not to escalate further next year, in the absence of any movement on the U.S. priorities. Thus, it does not appear likely at this point that the Phase One deal will significantly remove the brake on the global economy.

All data sourced to Bloomberg Finance, L.P., and the Federal Reserve Board

The information, views, opinions, and positions expressed by the author(s), presenter(s) and/or presented in the article are those of the author or individual who made the statement and do not necessarily reflect the policies, views, opinions, and positions of Hancock Whitney Bank. Hancock Whitney makes no representations as to the accuracy, completeness, timeliness, suitability, or validity of any information presented.

Investment products and services, such as brokerage, advisory accounts, annuities, and insurance are offered through Hancock Whitney Investment Services, Inc., a registered broker/dealer, member FINRA/SIPC and an SEC-Registered Investment Advisor.

Welcome to a Special Edition of the Markets and Economic Update, provided by the Hancock Whitney Asset Management team as an informational resource for clients and individuals who are interested in hearing our perspectives on current economic issues.

Having debt is a normal part of life. But there are wise ways to manage it — and ways that can put you in considerable financial stress. These tips and insights can help you manage debt as a financial aid rather than a liability.