Financial Innovation in a Period of Crisis

The South has always guarded its heritage of food culture zealously, and few outsiders gain native approval. But she found a son in Midwestern native and restauranteur Rob Stinson, who came to New Orleans in the 70s and later settled into the Mississippi Coast area.

Over time, Stinson has garnered multiple awards for his work, outside and within Mississippi. He has opened 34 restaurants, of which he owned six. He’s worked for several large organizations, such as Hard Rock, and the five-star Windsor Court Hotel’s Grill Room. He was named “Chef of Mississippi” by the Mississippi Department of Marine Resources Seafood Marketing Program and has developed a glossy portfolio of diverse work experiences.

The Miami University business management graduate is no stranger to strategic fluidity, dealing with a crisis, or pivoting to produce better business results. But when Coronavirus created an impact within Gulfport, he was faced with the unknown. 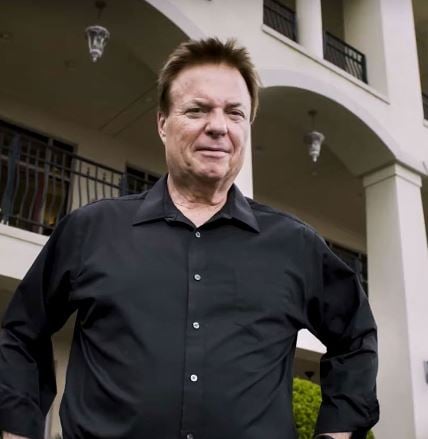 The COVID-19 pandemic challenged restauranteur Rob Stinson to find creative ways to keep his three Gulf Coast establishments operating, but with some innovation and strong partnerships, the future looks bright.

“Before the pandemic, we were having the best year in our entire history, in all of our restaurants,” said Stinson, who currently owns and operates Salute Seafood Italian Restaurant, The Reef Biloxi, and Kelly's Sports Pub, all located on the Mississippi Coast. “We were focused on experiencing the best summer; it was so disheartening when all of a sudden we realized we were going to be shut down.”

He lept into action, calling a managers’ meeting two weeks into the pandemic to determine a new business strategy before the sweeping closures and to prerecord episodes for his two weekly cooking shows: “Fit to Eat,” on MPB, Public Broadcasting, and “Salute” on WLOX -ABC TV.

The new strategy called for a reorganization of the restaurants’ operating structures, the addition of phone lines, and a switch to offering to-go orders and curbside pickup. The menu featured economical offerings and family meals consisting of sheet pan and one-pot solutions, such as pizza pasta. Stinson also started ramping up the locations’ marketing outreach.

He equipped staff with PPE training and equipment; all workers engaged in what Stinson described as “overkill.” They wore gloves, masks, and underwent continuous temperature tests. The owner tore out the carpet, erected partitions, and engaged in any additional recommendations listed by the CDC.

“Because of the shutdown, I was concerned about how I would keep paying and staying ahead of the bills and how I was going to provide for my employees because they are the lifeblood of all my businesses,” said Stinson.

He and his key business partner engaged a CPA firm to navigate the uncharted waters of extensive paperwork and ultimately decided that Hancock Whitney was the best financial resource provider to use for a PPP application. “It was a life preserver, said Stinson, “We were able to immediately offer employees additional money on top of their normal pay, which really helped our team out as they faced the effects of the pandemic.”

Through collaborative efforts, Stinson’s team was able to not only secure the PPP loan in May of 2020, but also applied for and received a second PPP loan.

“We were able to not only maintain our current employees but add on an additional 50 employees across our sites. And the second part of the funding was critical to our continued success,” said Stinson.

He urges his fellow small business owners to follow his lead and use all the resources available to them, whether during or outside of a critical situation. Although he concedes that business development can present itself as intimidating, he notes that a consultative-based relationship with a financial advisor makes all the difference.

“I would beseech anyone to reach out to Hancock Whitney for guidance. I’ve sent a lot of small business owners their way, even ones just starting out. They’ve all come back and let me know that they had amazing experiences,” said Stinson. “All it takes is a single step in the right direction to get your business taken care of.”