It was the United States’ first professional or “national” sport, and it has served as a source of happiness and enjoyment for generations – for all Americans, but especially for me. I grew up on the diamond, spending much of my adolescence honing my defensive skills as a middle infielder and eventually walking on to the baseball team at the University of Alabama.

Born and raised in Tallahassee, Florida, which is a college town and only four short hours from Atlanta, Georgia, home of the Atlanta Braves, I had the opportunity to see just how impactful baseball was to fans and, most importantly, communities.

Earlier this year, we announced a multi-year partnership with the Biloxi Shuckers, Double-A affiliate of the Milwaukee Brewers, to bring college baseball powerhouses to the Gulf Coast for the “Hancock Whitney Classic”. 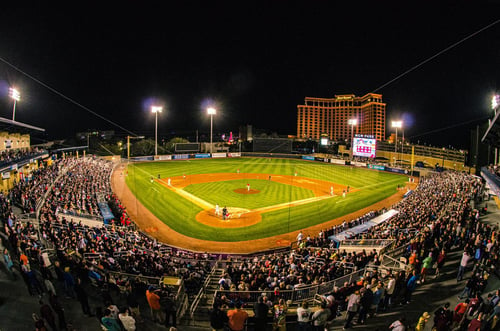 The first match-up took place with a two series game between Mississippi State and Texas Tech at MGM Park the first week of March. Both teams had reached the College World Series in back-to-back seasons and entered 2020 with high expectations, as the Red Raiders were ranked sixth in the nation in the D1Baseball.com preseason poll while the Bulldogs were ranked tenth.

“Partnering with Hancock Whitney to bring an incredible match-up of two premier college baseball programs to Coastal Mississippi was very exciting for baseball fans and the community,” said Biloxi Shuckers General Manager Hunter Reed. “We’re thrilled to work with a local partner who shares our commitment to outstanding customer service, excellent events and community involvement, and we look forward to working together to bring more great events to MGM Park in the future.”

The Mississippi Gulf Coast community is fortunate to have the tradition of baseball right here in their own backyard with the Biloxi Shuckers – but bringing college baseball to the Coast is something we, at Hancock Whitney, are excited about. This partnership stems from our commitment to providing our clients and the communities we serve with opportunities they may not have otherwise had. 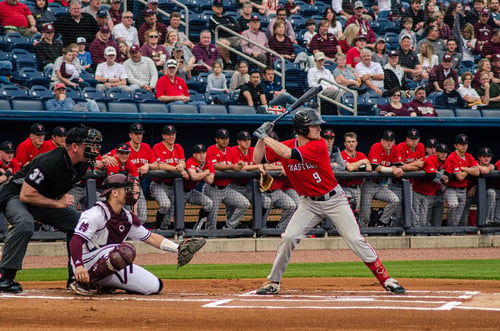 For more than 120 years, Hancock Whitney has been an institution of community commitment on the Gulf Coast focused on a founding mission of helping people achieve their financial goals and dreams. Defined by our five core values, we are proud to serve Mississippi, Louisiana, Alabama, Florida and Texas through our nearly 230 financial centers, including one location on Caillavet Street in Biloxi, across from MGM Park.

Since the Hancock Whitney Classic took place, all NCAA spring sports have been suspended due to COVID-19. It is our intent, in future years, to attract additional powerhouse programs to the Coast, and we look forward to announcing the 2021 match-up later this year.

We hope to see you next year at the ‘ole ballgame!

As 2021 draws to a close, many of us are excited about being able to share the holiday season with our loved ones again and eager for the brighter days to come. This year presented its share of triumphs and challenges, but we’re looking forward with optimism and energy to a new year of building communities, creating opportunities, and making your dreams come true.

In November, communities across America paid tribute to our U.S. Armed Forces veterans, including special Veterans Day commemorations and celebrations. Today, on Pearl Harbor Remembrance Day, we honor 2,403 men and women who lost their lives on, as then President Franklin D. Roosevelt described, “a date which will live in infamy”—the Empire of Japan’s sudden, deliberate attack against the United States at Pearl Harbor 80 years ago.