Upon graduation from chiropractic school, Jason Smith knew that he wanted to start his own practice. His peers in the industry who were employed by other practitioners were barely making ends meet, leading to one-third of his fellow graduates not even practicing their trade. He wanted to change that by being his own boss and running his own practice, but the odds were stacked against him. 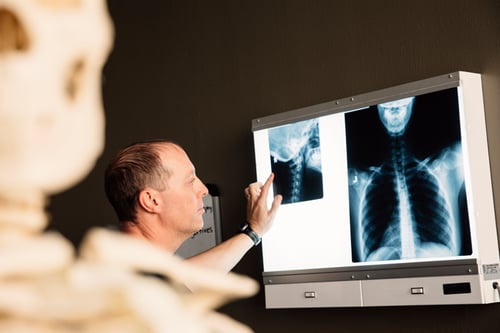 It’s all about alignment

In 2004 after graduating, Jason returned to his hometown of Eunice, Louisiana, armed with a strong business plan for his dream chiropractic and wellness practice. To turn that dream into a functioning brick and mortar location, Jason set out to find a local financial institution to align their goals with his own. Jason approached ten different local area banks for a business loan to start his practice, only to be turned down ten different times.

When he finally connected with Hancock Whitney, the bank approved his start-up loan and enabled him to rent a building and start helping others on their path to wellness. Further, it sparked a relationship that connected Jason and Hancock Whitney for years to come. 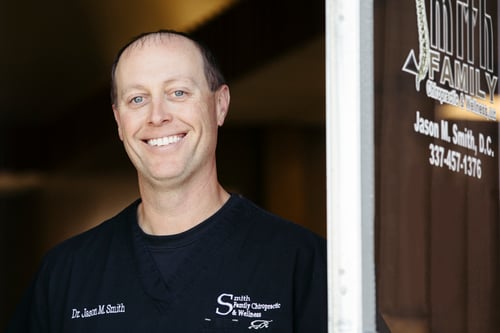 A few years after opening Smith Family Chiropractic & Wellness, Jason was in the market for a new, larger space that he could finance and own. During a visit at his local Hancock Whitney financial center, a banker mentioned that a building the bank owned and previously operated out of was for sale. The location, space, and price aligned with his dream and today, Jason sees his patients in an old Hancock Whitney bank vault.

“If it weren’t for Hancock Whitney, I don’t think I’d even still be in the industry,” says Jason.

Through growth from start-up to successful sustained practice, Hancock Whitney has been there to help.

“The support is exceptional. I go to the bank several times a week and everyone knows me by name. It feels like home.”