Our mission: Help an All-American business owner achieve his dreams

Larry Pruitt’s lifelong love for horses began when he got his first pony. Horses are what he built his life—and ultimately his dream—around. Realizing his dream was a process of discovery which ultimately led Larry to establish Shadow Trailer, Inc. With Hancock Whitney, he was able to find a partner that truly understood his dreams and allowed him to take his business to new heights.

Starting out as a horse trainer in Indiana, Larry immersed himself in the world of these strong, graceful animals and their owners. At one point, he kept as many as 150 horses at a time. Then he had a simple but crucial realization—that every horse owner needs a trailer. Throughout his years of working with horses, he developed a vision of what ideal horse trailers should be. Soon, he was building them himself.

Larry founded Shadow Trailer in the quiet town of Williston after moving to Florida for a slower pace of life. Shadow builds practical, easy-to-use trailers with innovative features such as a patented slide-out for added comfort, improved ventilation and LED lighting. But it’s also a company anchored by relationships—with customers and employees.

Fittingly, it was a personal relationship that gave Larry his introduction to Hancock Whitney. When a member of the bank’s board of directors bought a trailer from Larry, it opened the door to a fruitful business banking relationship with Hancock Whitney. “Hancock Whitney brought with them a lot of unique things that we wanted, but no one on a local basis could do,” he says. With Hancock Whitney’s help, Shadow Trailers doubled in size. He says the bank, “understands manufacturing and they understand the tools our business needed to succeed.” 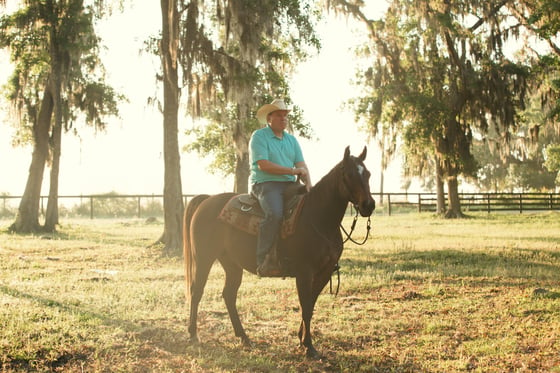 Hancock Whitney’s positive impact extends far beyond Larry, allowing him to run his business in a way that lets him properly reward his employees. Larry doesn’t put himself above his workers, believing that the person who washes the trailers is just as vital as he is. So, it should come as no surprise that many of the people who work for Shadow Trailer have been with Larry for well over a decade. It’s just one more reason that Shadow Trailer shines as an all-American success story.

As 2021 draws to a close, many of us are excited about being able to share the holiday season with our loved ones again and eager for the brighter days to come. This year presented its share of triumphs and challenges, but we’re looking forward with optimism and energy to a new year of building communities, creating opportunities, and making your dreams come true.

In November, communities across America paid tribute to our U.S. Armed Forces veterans, including special Veterans Day commemorations and celebrations. Today, on Pearl Harbor Remembrance Day, we honor 2,403 men and women who lost their lives on, as then President Franklin D. Roosevelt described, “a date which will live in infamy”—the Empire of Japan’s sudden, deliberate attack against the United States at Pearl Harbor 80 years ago.