Remembering Those Who Gave All 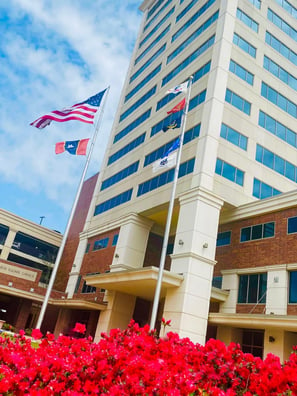 The real reason for Memorial Day is far more solemn. With post-Civil War origins, this last-Monday-in-May federal holiday honors the men and women who died while serving in the United States military. They gave their lives to give us the liberty to gather freely. Their families grieve loved ones who valiantly offered the ultimate sacrifice to secure principles fundamental to our country’s founding.

We are free because they were brave.

It’s a day of tribute to those who have died defending our Nation. While “Happy Memorial Day” is often a common greeting, it’s simply not the most appropriate thing to say on such an important day. Rather, we should remember and appreciate those military men and women lost in defending our freedoms. While we can never pay the debt, we can pay the reverence we owe on Memorial Day and every day.

Both history and current global events show us the calamity war creates. This Memorial Day falls one week before the 78th anniversary of D-Day, when allies stormed France’s heavily fortified Normandy coast by land, air, and sea and, ultimately, brought about the beginning of the end of World War II in Europe. On June 6, 1944, alone, approximately 2,500 American soldiers, sailors, Marines, and pilots died to save the world from tyranny. Countless others have died in battles before and since then.

Those who fight for—and so often die for—what’s right and good are the heroes who inspire hope and restore harmony. Now, it’s especially important to pay homage to them by putting aside politics and partisanships to embrace our own patriotism as one great United States and to work together for peace worldwide, particularly in places ravaged by conflict and oppression.

We also must always reach out with gratitude to our veterans and active duty military and their families for carrying on the fortitude and selfless commitment set forth by their fallen comrades-in-arms.

This Memorial Day, our Hancock Whitney family joins me in wishing you and those most important to you a safe holiday as we honor the military personnel who gave all so we could have so much.