The Clash Revisited - An Update on Inflation

Inflation and supply chain issues continue to be at the forefront of many consumer’s minds as we head into autumn and the holiday shopping season. My Hancock Whitney Asset Management team colleague Nathan Grant and I take a look at the current rate of inflation from a historical perspective, discuss some of the apparent causes (including the effect of monetary and fiscal policy) and take a long term view of inflation and what it will mean for our investment portfolios. 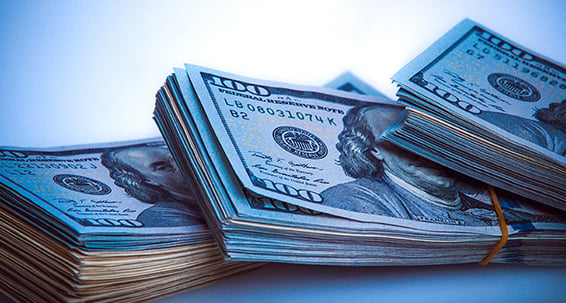 In a July whitepaper The Clash: Will Inflation Stay or Will it Go, we discussed the phenomenon of significantly increased inflation across the economy during the second quarter of 2021. We highlighted several causes of the increase, including a strong economic recovery from the effects of COVID-19 aided by extraordinary monetary and fiscal stimulus, as well as several industry-specific issues. At the time we thought that elevated inflation readings would continue for several more months before moderating as we moved into the fall, and we pledged to monitor subsequent developments closely. Here’s an analysis of recent data, as well as an update to our expectations over the intermediate term.

As a reminder, the headline year-over-year Consumer Price Index (CPI), representing the average change over time in the prices paid by urban consumers for a market basket of consumer goods and services, increased an average of 4.9% over the April to June period, a rate of price growth last seen in the U.S. economy over a decade ago. Likewise, core CPI, which strips out the more volatile food and energy components, averaged an increase of 3.8% over the same period. Other measures of prices paid by consumers, such as the Personal Consumption Expenditures (PCE) price index also registered elevated levels. The headline PCE averaged an increase of 3.9% during Q2 and the core PCE rose an average of 3.4%.

As we pointed out in July, the bulk of the increase in these measures came from a handful of key sectors. Used car and truck prices skyrocketed an extraordinary 31.9% between June 30, 2020 and June 30, 2021, due to logistical issues in the semiconductor supply chain that limited the supply of new vehicles. Secondarily, prices in the transportation services sector jumped over 9%, primarily as a result of strong air travel demand at the start of the summer. The growth rate of these inflation measures caused a great deal of alarm.

What does the hard data show today?

Headline CPI on a year-over-year basis continues to run above 5%, but the month-over-month data has, as expected, decelerated significantly. In July the monthly CPI reading retreated from 0.9% to 0.5%, and then fell another 0.2% for the month of August before rising to 0.4% in September. Though volatile, the trend has been toward deceleration. Core CPI measures have also softened in recent months. After rising by an average of 0.8% a month during the 2nd quarter, the last three months have averaged 0.2%. Meanwhile, used vehicle and transportation service prices are no longer growing at such dramatic rates, and in the case of the former have actually fallen for two consecutive months.

Other segments however, have accelerated in recent months. Energy prices increased 1.6% in July, another 2.0% in August, and 1.3% in September. The strength of both oil and natural gas prices is primarily the result of global supply imbalances that may persist. Shipping rates have skyrocketed due to container shortages, port disruptions, and low staffing that has slowed throughput.

The labor market is often viewed as a “sticky” source of inflation, since wage gains are rarely clawed back. Employees advocate for higher wages when they see their earnings losing value relative to the cost of the goods and services they routinely consume. Reports of significant job openings can entice employees to switch jobs for better pay, especially if employers are desperate to replace staff lost during the pandemic. Once the ball gets rolling, it can be difficult to slow it down. One measure, Average Hourly Earnings (which accompanies the monthly Non-Farm payrolls report) was reported at 4.3% in August and 4.6% in September. Personal income measures are running hot. Additionally, the savings rate among individuals remains elevated, a sign that consumers are able to continue spending, even if prices are rising.

Are Sentiment and Survey Data telling the same story?

Not exactly. Most market based measures of inflation, as well as those that are derived from surveys, show that expectations for medium term inflation are still well contained, albeit slightly high relative to the low inflation world that existed pre-pandemic. An example is the University of Michigan sentiment survey, which measures individuals’ short and longer term inflation expectations, coming in at 4.6% and 3.0% respectively.

Periods of higher inflation may cause some to experience the belief that prices will continue to rise. At the moment, that sentiment does not appear to have taken hold, and consumer (and perhaps to a less degree, business) expectations remain anchored to moderate inflation in the 2-3% range.

How is monetary policy changing to reflect the evolution of inflation?

The Federal Reserve Board has acknowledged that inflation is temporarily exceeding the level of 2% PCE which it deems to be consistent with price stability. However in the Fed’s current framework, periods when inflation exceeds the 2% target will not necessarily provoke an immediate policy response, especially when inflation has undershot the target for many years. The Fed is acknowledging that economic conditions (including the labor market) have improved markedly, and recently indicated that it expects to begin reducing monthly bond purchases starting near the end of this year. Future policy adjustments to choke off inflation, including increases to the Fed Funds rate and Quantitative Tightening (balance sheet reduction) are not yet being discussed by the Federal Open Market Committee.

Does government spending have a role in producing or containing inflationary pressures?

While Congress continues working to pass President Biden’s spending bill as well as the $500 Billion bipartisan infrastructure bill, the reality is that in comparison to the extremely high level of government spending in 2020/2021 that included enormous pandemic-related aid, spending in 2022 is likely to be lower and tax revenue is likely to be higher. Congress appears to be on the verge of passing a bill to raise the Debt Ceiling for a few months. The situation had become quite urgent, with the Treasury Department nearly exhausting the extraordinary measures it had been taking since August to stay below the ceiling. Our colleague Stephen Morgan has written extensively on the subject. Our belief is that the fall off in spending in 2022 will provide some relief on the inflation front, and that economic growth may struggle to remain strong amidst elevated Federal debt levels, increased taxation, and heightened regulation.

Is there a definitive answer to the question of whether current higher inflation is transitory?

We do not think the verdict is in at this time. Not enough time has elapsed for many of the bottlenecks that were affecting supply earlier this year to be cleared, and thus our visibility into the true trend is obscured. However, it is unlikely that some of the worst case scenarios that were being bandied around a few months ago will come to fruition.

We are inclined to think that the rise in inflation will not be going away any time soon. As a result, we expect bond investors to see higher interest rates in the coming year. Some industries will benefit because of their elevated profit margins that can cushion increases in labor costs and materials. Others will be nimble with price adjustments. We see higher inflation as an investment theme that should be monitored and incorporated into portfolios via thoughtful security selection and asset allocation.

The Hancock Whitney Asset Management professionals have the expertise to make sense of market trends to build your portfolio and create the best financial plan for you and your situation.

Investment products and services, such as brokerage, advisory accounts, annuities, and insurance are offered through Hancock Whitney Investment Services, Inc., a registered broker/dealer, member FINRA/SIPC and an SEC-Registered Investment Advisor.