Our mission: A home to call their own

Louis S. grew up bouncing from hotel to hotel. He never experienced the stability of a real home and knew that this was not the life he wanted for his own family.

With two young children, finding an affordable, stable home was incredibly important to him and his family. “I wanted to give my kids the stability and experience of having a home to call their own,” says Louis. In late 2017, he took a first-time homeowners class in in the Tampa, FL, area to better understand what he needed to do to make his dream a reality. It was important to him to buy and live within his means, but he admittedly had no idea how to accomplish this goal.  At the homeowners’ class, he met Ruth, an associate with Hancock Whitney. “Her expertise about the buying process helped us tremendously and she put our minds at ease.” From there, he decided to partner with Hancock Whitney for the most important purchase of his life.

During this time, his two-year-old daughter was diagnosed with a heart condition. After multiple doctors’ appointments, it was determined that surgery was necessary to repair the hole in her heart. He knew that his daughter was the most important thing in his life and that his dream would have to be put on hold because "life sometimes happens." 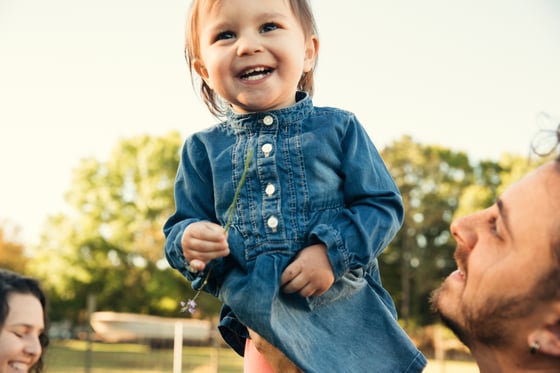 While she was recovering, he again contacted Ruth because giving his daughter and family a stable home was important – now more than ever. With the help of Ruth and Hancock Whitney, the home-buying process was smooth and successful. According to Louis, “we always had a dream of owning a home. Hancock Whitney helped make home ownership a reality for us. It’s amazing, knowing we’ve reached our dream.”