It took almost a century, but when women won the right to vote, that day marked a milestone in making sure women continued to move forward in shaping America’s present and future. Today, we commemorate that achievement as well as opportunities yet to come with Women’s Equality Day.

Rooted in equality efforts as far back as the early 1800s, the formal campaign to confirm women’s right to vote was an uphill battle from the start. Trailblazers such as Elizabeth Cady Stanton and Susan B. Anthony valiantly led the organized charge for a women’s suffrage amendment through the second half of the 19th century. They both died before seeing their efforts succeed; but on August 18, 1920, Congress finally ratified the 19th Amendment. Eight days later, the U.S. Secretary of State certified the amendment as law.

Fifty-three years later, a joint resolution by Congress officially declared that certification date, August 26, as Women’s Equality Day to commemorate the passage of women’s right to vote and honor the courage and sacrifices of those who propelled women’s suffrage forward.

In 1878, a California senator introduced a resolution for the Woman Suffrage Amendment. Resubmitted numerous times before House and Senate approval in 1919, the bill needed two-thirds of the states’ support. Suffragists spent the next year lobbying state legislatures to secure votes for the bill, eventually bringing about a much-needed change—the 19th Amendment to the United States Constitution—further empowering women’s influence in America.

With a fast-forward to five decades later, the nation saw Congresswoman Bella Abzug of New York introduce a resolution in 1971 to designate August 26 as Women’s Equality Day. By 1973, the House and Senate said yes.

Since then, August 26 remains a national remembrance of the certification of the 19th Amendment (nicknamed the “Susan B. Anthony Amendment”), hailing a hard fight, a major victory, and a long continuing journey ahead for women. 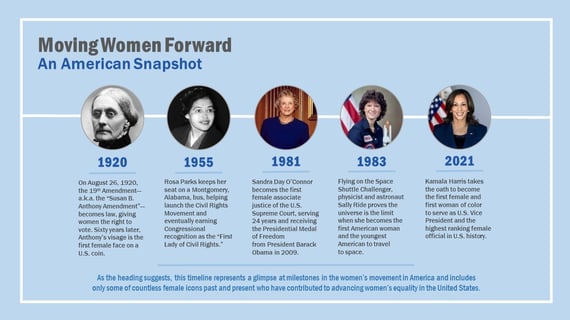 Today, women lead and achieve in all arenas, from politics to the boardroom; but a U.S. Labor Department report in December 2019 revealed that relatively few of the women who make up 50.4 percent of the workforce actually hold executive posts.

At Hancock Whitney, we asked three of our female leaders—one of the first women on the Hancock Whitney Board of Directors, one of the newest female chief executives, and the officer responsible for diversity, equity, and inclusion—for their insights on how women can move forward at work and in life.

Christy Pickering, a highly successful South Mississippi CPA who has served on the Hancock Whitney Board of Directors since 2000, also travels the speaker circuit addressing young women on independence, self-esteem, and pathways to personal and professional success. She said women can do and be anything they want if they have the determination to put in the hard work to get there.

“The majority of successful people got there because they didn’t give up on their dreams,” she said.

Christy emphasized that many successful people fall along the way, but they get up and keep moving toward their goals—much like Stanton, Anthony, more contemporary pioneers such as civil rights activist Rosa Parks, former U.S. Supreme Court Associate Justice Sandra Day O’Connor, astronaut Sally Ride, and U.S. Vice President Kamala Harris, and countless others advancing opportunities for women.

“Never give up!” Christy reiterated. 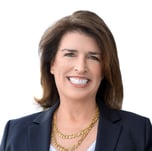 Laura Sullivan Ethridge came to Hancock Whitney in January 2021 as an executive vice president and Chief Marketing Officer. A veteran brand and marketing executive, she previously managed marketing and client experience strategy and development for numerous Fortune 500 companies and nonprofits, with most of her career in financial services. 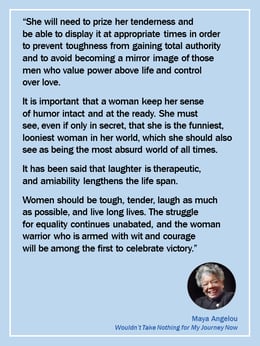 Since graduating from college, Laura pins words from Maya Angelou’s Wouldn’t Take Nothing for My Journey Now to her work computer. She has followed the lines throughout her career and said a closing sentiment from the quote offers women sage advice as they help each other succeed:

“Women should be tough, tender, laugh as much as possible, and live long lives. The struggle for equality continues unabated, and the woman warrior who is armed with wit and courage will be among the first to celebrate victory.” 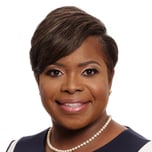 Hancock Whitney Director of Diversity, Equity, and Inclusion Tamara Wyre has been with the company since 2018 and previously managed the bank’s Diversity Leaders Investment Strategy focused on companies with strong emphasis on gender equity at all levels of leadership. Tamara believes every woman has her own story and mixed bag to carry. The ways each woman encounters the world and workplace are quite different, varying the weight of each bag.

A senior vice president, Tamara encourages women to “lift while you climb.”

“It’s important to take (or make) the time and courage to lift and learn from those women around us to keep advancing forward,” said Tamara. “The climb doesn’t feel or appear as steep when you feel supported. When you get that support or benefit from the support of others, pay it forward. That’s how we continue to propel women forward—by lifting while we climb.”