21 years ago, Guadalupe Muñoz, Jr. (Lupe) found himself in a position that many could easily identify with - he was doing well financially, but his head was filled with aspirations and dreams of building something for himself and those he cared about most. He dreamed of creating something that would be risky, and literally take everything he could physically and emotionally offer. Knowing he could not live with the regret of not going after his dreams, he leveraged all his tangible assets and bought the bare minimum requirements for an asphalt paving spread, and GMJ Paving was born.

With only five employees, GMJ Paving quickly established working relationships with general contractors - serving as an integral cog on roadway construction and rehabilitation projects throughout the Greater Houston area. Over the next 15 years, GMJ Paving exhibited gradual growth and stability. Despite bumps along the way that  tested perseverance and resolve, GMJ stood firm.

Today, GMJ Paving boasts over 50 field and administrative employees and more than $150 million in heavy highway and aviation runway work contracted with TX Dot, Houston Airport Systems, and Harris County Toll Road Authority while performing $20 million in construction work annually. Truly a family affair, Guadalupe's daughters and sons in law serve as critical components in daily operations of the business, while his wife Martina also consults for GMJ. The goal he set to achieve over two decades ago has been realized: he has built a business his family is so proud of and they are all working together towards the same goal. And just like he imagined, they are always dedicated to doing whatever it takes to get the job done. The Muñoz's are also dedicated to their community - actively involved with The Tejas Cookers Foundation - a non-profit organization whose mission is to cultivate and empower students in need to pursue their life aspirations through scholarships. 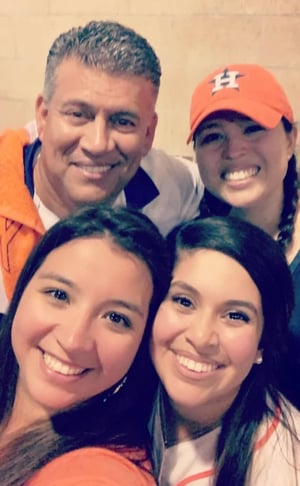 If you've driven through the Greater Houston area, chances are you driven on a roadway paved by GMJ. In the 4th largest city in the United States, GMJ has paved every major highway or runway including US 290, US 59, IH-45, TX-8 Beltway, I-10 and the new expansion and construction of SH-99 which will encircle the entire city of Houston. 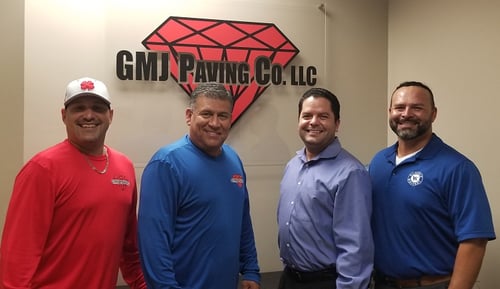 Lupe also values his solid four year relationship with Hancock Whitney - a relationship built on communication and trust with his commercial bankers Randall Rojas and Antonio Mojica. He knows he can rely on Randall, Antonio and Hancock Whitney whenever he needs them and this relationship has been part of the success that has made Lupe's dream for he and his family a reality.

1 CNBC - Latinos: a powerful force turbocharging small-business growth and driving $700 billion into the US economy. https://www.cnbc.com/2018/09/25/latinos-are-a-powerful-force-fueling-small-business-growth-in-the-us.html