In 1985, when Fred, Jerry and John Gonzales began their company known today as Gonzales Commercial Electric in Houston, Texas, they probably had no idea that two future generations of family members would take that dream and turn it into a company currently valued at $80 million. Now, 36 years from that humble start, that same company has over 450 employees and serves as the go-to organization for commercial electrical work in one of the largest cities in America.

For Robert Gonzales, Jerry’s son and President of Gonzales Commercial Electric and Bobby Gonzales, Robert’s son and Vice President of Operations, the company’s success is one neither take for granted. “I’m not sure that my dad ever dreamed of having his own company, but he definitely created the dream,” Robert said. 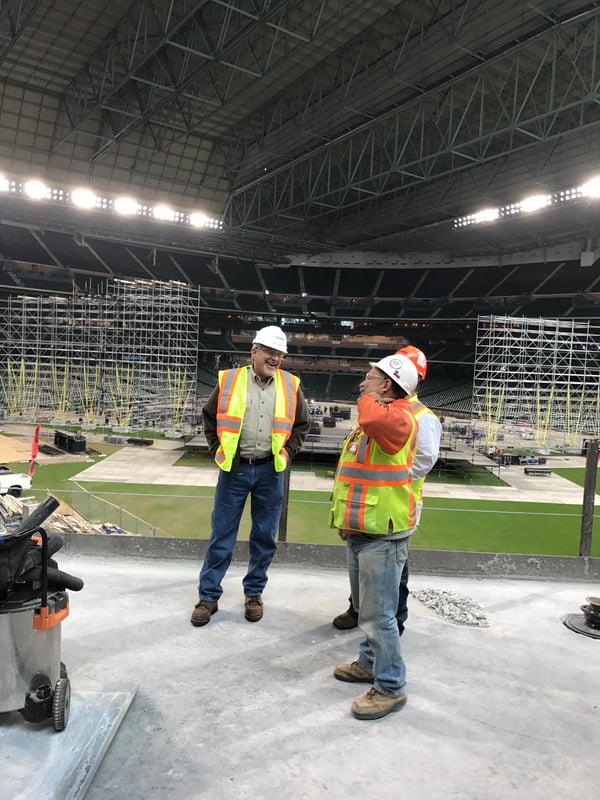 The Gonzales family is Texas through and through, with every member of the family attending Jefferson Davis High School, now Northside High. For Robert, his time with the company began in 1990 when he took over managerial duties for Gonzales Commercial Electric, and in 1993 the group started to take off. However, the family suffered heartbreak as Jerry passed away and Robert took some time away from the company.

While the company had lost one of the anchors of the family, waiting in the wings and learning the ropes for most of his life was Bobby. Throughout his high school years and even when he started attending college at Sam Houston State, Bobby routinely found himself learning the ins and outs of his family’s company. After college, Bobby had multiple offers to join other companies, but in the end, the pull to stay home and work for the company that he saw his father and grandfather build from scratch was too much to turn down.

Over time, the company’s portfolio grew, first beginning in the education sector. Gonzales Commercial Electric in 2009 worked with around eight schools a year, and before they knew it, that number grew to 14. Once valued at just $20 million, the company is now valued at $80 million and has overseen significant projects at the University of Houston, Minute Maid Park, and dozens of high schools across the city.

Even with all the success that the family has seen, the company has also had its share of hard times, especially after the financial crisis of 2009. Financially, the company was only grossing $3 million at the time, and it took years to rebound. Now, the COVID-19 pandemic has created its share of issues for Robert, Bobby and the organization, including an entire team of workers forced to quarantine due to the virus.

One group that has been there through it all for Gonzales Commercial Electric is Hancock Whitney. Since the company’s founding through today, Hancock Whitney has helped the business through some of its roughest patches and assisted the group whenever it needed help.

“So many things have changed in the marketplace, especially margins, and everything has been down since the start of the pandemic,” Bobby said. “Without their help in getting the PPP loans those first eight to 10 weeks, we wouldn’t have made it.”

Through the PPP loans and help through the Small Business Association’s Economic Injury Disaster Loan, the company has been able to weather the worst of the pandemic’s hurdles and is beginning to get back to power Houston’s most notable projects. “We started doing business with Hancock Whitney when we were just starting, and now they’ve seen our business grow to what it is today, and you can’t find those kinds of relationships anywhere,” Robert said.

Hancock Whitney’s service has played a big part in why the family continues to do business with them for so long. “We’ve had lines of credit at previous points with them, and liquidity is the lifeblood of every business,” Bobby said. “A lot of places we tried working with in the past told us no, but they didn’t.”

Robert and Bobby were each able to see how the family that came before them instilled the value of hard work and determination to reach their goals. Not only is Gonzales Commercial Electric a family-owned and operated outfit, but a beacon in the Hispanic community for taking an idea and using it to empower and uplift others.

“The feeling you get from seeing others have the opportunity to succeed, and creating prosperity, is amazing,” Bobby said.

Thirty-five years later, the Gonzales family has grown and is only getting bigger. “There’s something about how your story has more value when you’re doing it with family,” Robert said. “The people who work in our company are more than workers; they are now blood-related.”