Just off the heels of National Financial Literacy Month, there are some worrisome findings: 40% of Americans do not keep a budget, and 40% have less than $1,000 in savings. A lack of financial literacy is a key factor, according to a survey just released by our team at The Penny Hoarder. 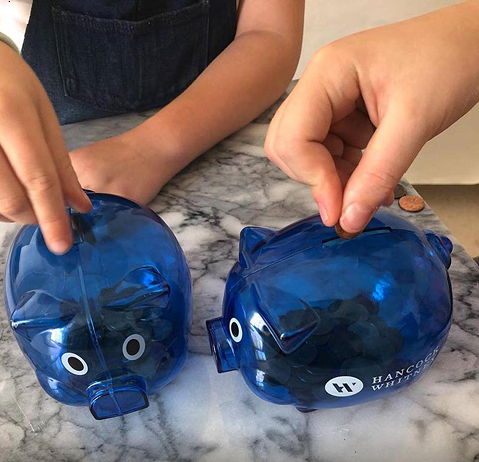 A third of the 1,500 survey respondents did not discuss basic personal finance topics while growing up, and only 13% talked about their own family's financial situation.

These numbers track with results from a financial well-being study by the Consumer Financial Protection Bureau in 2017. It showed, among other things, that people who didn’t discuss personal finance growing up were 12% more likely to consider themselves “just getting by financially.”

Bottom line: It pays to talk to kids about money and involve them in personal finance.

At The Penny Hoarder, our goal is simple—get people talking about earning and saving money. With our friends at Hancock Whitney, we’ve compiled a few basic ways to help you teach your kids about money.