Residents of Houston’s Fifth Ward, a low-income area east of downtown, are no longer living in a food desert after the recent opening of Telo Market, a project Estefania Ayala undertook when she joined her family’s business in 2017. 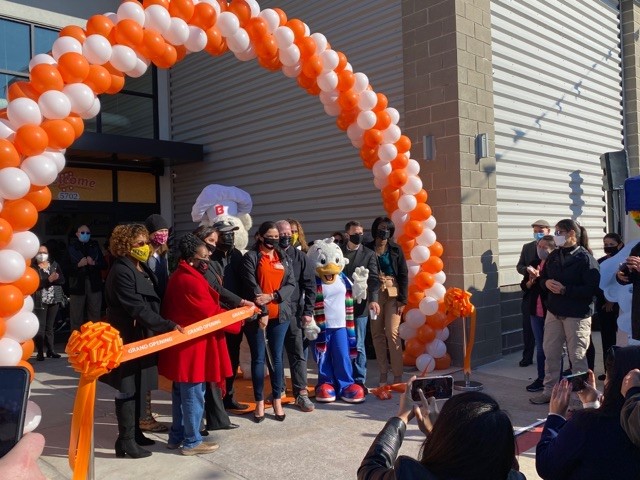 More than 25 years ago, Ayala’s parents, both immigrants from Guerrero, Mexico set out to build their American dream. “Like any immigrant, they knew no English, had no money, and many thought they were destined for no future,” shared Ayala. But they didn’t let their past or current circumstances stop their aspirations. Through hard work and patience, the Ayalas slowly found a way, with help from a loan, to open their first business in hopes of creating a better life for their family. The small north Houston taqueria merely featured a shelf where they sold eggs and milk as well as a small refrigerator where they sold fresh meats and produce. Despite the modest beginnings, their small market became a success. In just a few years, the Ayalas expanded their business, opening several grocery stores around Houston.

With a focus on providing high quality, fresh products and welcoming service to their customers, it is easy to see why they’ve had continued growth for the last two decades. “That’s our niche,” said Ayala. “We don’t sell or even offer anything that we wouldn’t eat ourselves or feed our families.”

Bringing fresh life to the desert

When Estefania joined the family business full-time in 2017 following college, she undertook a new project in hopes of bringing a Telo Market to Houston’s Fifth Ward. Spearheaded by the City of Houston through grant support, the project was an effort to bring the Fifth Ward out of a food desert.

With no interest from national grocery chains, the project refocused to local partners, and the opportunity to open another grocery store presented itself. The Ayalas knew they had a track record of success and could make an impactful investment into the community.

“We looked at the numbers and at the area, which has a lot of growth potential and knew the city would help with the equipment through the grant,” said Ayala. “But, we needed help with the build out costs, to put up the walls, to install sinks and floors, to do everything else we needed to complete the project.”

That’s where their search for a partner financial institution began.

“We previously applied for loans with national banks and were turned down, but we knew if we looked, we would find a bank who could give us the help that we needed,” shared Ayala. “We reached out to Hancock Whitney and I think they really understand who we were and where we were trying to go. We had a great experience working with Hancock Whitney to secure the funding for the build out.”

More than three years after the start of the project, Ayala proudly cut the ribbon to their new location in January 2021, marking the start of a new era in the Fifth Ward. Telo Market is the first traditional grocery store in the area in more than 30 years. Now residents can find fresh market items around the corner instead of having to travel more than 10 miles, which for people with limited transportation was almost impossible.

Equally as exciting is the job creation aspect of the project. Telo Market now employs 50 Fifth Ward residents in their modern shop. Ayala says that is one of the pillars of their business philosophy. “When opening a new store, we always like to hire from within the community.” The Telo Market parent company is committed to paying and administering the necessary training for employees to be successful in their company.

Based on the initial feedback of the new market opening, Ayala believes the location and the undertaking was a success. “We are just really excited to help the community grow and be a true part of the community.”