What does the end of LIBOR mean for borrowers?

Regulators are sending the London Interbank Offered Rate (LIBOR) packing after 2021. The reference rate that banks have used for decades to price variable-rate commercial loans is being phased out. So what will that mean for borrowers?

Even though there’s still a fair amount of uncertainty about which new reference rate — and which version of it — will emerge as the industry standard, our clients can relax. No matter how this transition shakes out in the coming months, Hancock Whitney is committed to making it as fair and transparent as possible.

Most importantly, when we are required to stop using LIBOR, our goal is to ensure your replacement borrowing rate is substantially equivalent to the previous “all-in” rate on your loan. Similarly, if you have a LIBOR-based variable-rate loan with us and are using a LIBOR-based derivatives transaction — such as an interest rate swap — to effectively fix the interest rate on the loan, when we migrate to a replacement benchmark we are committed to maintaining the effectiveness of fixing the interest rate. 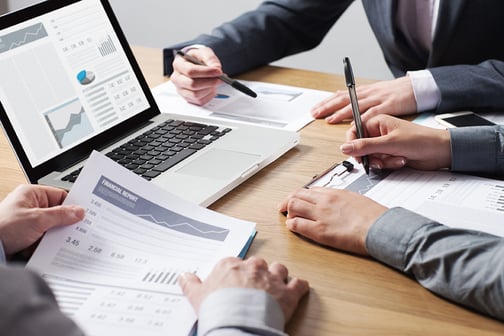 The shift away from LIBOR is being driven by a desire to transition to a more transparent, market-driven rate based on actual monetary transactions.

After the 2008 financial crisis, systemic changes were made in the global banking system that required banks to focus on liquidity metrics and on-hand liquidity to reduce the amount of inter-related borrowing risk among them. A significant reduction in interbank lending followed, and the dwindling volume of these interbank loans upon which the LIBOR rate is based weakened it as a benchmark based on actual monetary transactions.

As a result, in July 2017, the Financial Conduct Authority, a United Kingdom regulatory body that oversees LIBOR, announced it would no longer compel banks to submit rates for the calculation of LIBOR after the end of 2021. Since then, there has been a global effort to create alternative reference rates for the various currency denominations.

What Will Replace LIBOR?

In the United States, the Federal Reserve, in response to legislative mandates under the Dodd-Frank Act, convened the Alternative Reference Rates Committee (ARRC) to lead that effort. ARRC subsequently recommended a broad measure of the cost of collateralized, overnight borrowing known as the Secured Overnight Financing Rate (SOFR). SOFR is based on a daily volume of about $1 trillion in repurchase agreement transactions secured by U.S. Treasury securities.

Hancock Whitney expects to use SOFR along with other variable-rate indices including Prime and Ameribor, a reference rate published by the American Financial Exchange that’s similar to the federal funds rate.

How Should You Respond?

If you have a loan based on Prime, regardless of maturity, or a LIBOR-based loan maturing prior to the end of 2021, there’s nothing you need to do.

If you have a LIBOR-based loan that matures after 2021, and your loan agreement already has fallback language outlining what happens when LIBOR goes away, no action may be necessary either. On the other hand, in an effort to standardize our loan documents to address the end of LIBOR and make this transition easier for our customers, we may ask some of our borrowers to amend or add such fallback language and sign updated agreements.

If you will be shopping for a new variable-rate loan next year, be aware that based on best practices recommended by ARRC, we expect to stop offering LIBOR as a reference rate sometime in the second half of 2021.

Mandated by regulators, the shift away from LIBOR, a well-entrenched lending reference rate, will take some time and effort. But Hancock Whitney is working to make the transition as fair and equitable as we can for everyone.

We also want to be open and transparent about these changes and how they may impact some of our clients’ loans and derivatives transactions. So if you have any questions, please contact your relationship manager.

Nacha, The National Automated Clearing House Association, has approved an increase for Same Day ACH (Automated Clearing House) per-transaction limit to $1 million, effective March 18, 2022. This increase will apply to all eligible Same Day ACH payments, including credits and debits, for both businesses and consumers. This is an increase from the current $100,000 maximum, which took effect in March 2020.

If your business accepts credit or debit cards, have you looked at your merchant rate and fee structure since the pandemic started and been surprised at how much it’s gone up?

This special report from the Hancock Whitney Asset Management Leadership Team provides our perspectives about 2021 and what could be in store for the markets and economy in the year ahead.